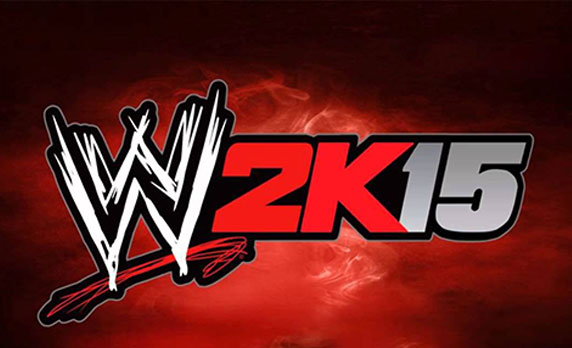 This is a review for WWE 2k15 for the PS4, it also came out for Xbox 360, Xbox One and the Playstation 3. I had the PS4 version to review, this is the first version on the PS4 and Xbox One consoles, there is also rumor of a PC version coming as well.

If you have played any of the other WWE games on last gen consoles then you pretty much know what you are getting. In WWE 2K14 and 13 you had a Attitude mode and a Wrestlemania moments mode which were somewhat fun. You would reenact matches from the past with certain criteria.

This year version is Rivalry mode, which is same concept but based on a rivalry such as John Cena vs CM Punk. The problem is you wrestle the same match quite a bit, they vary it up some but for about 80% of the mode you either one or the other guy, it gets boring quite quick. Also the objectives in the match are not always clear on what you need to do, they do not always show up right away, so you are not quite clear on what to do, especially the last HHH vs Shawn Michaels match.

The graphics are up and down, some of the current wrestlers like Randy Orton and John Cena look great, but others look odd, especially Shawn Michaels and older wrestlers. The arenas and ring look good and the crowds look a little more varied then before. But there are odd bugs, like your wrestler head getting caught in ropes while walking, or odd clipping issues but nothing game breaking.

Being the first version on new consoles, modes have been stripped down and not nearly as fleshed out as on previous consoles. The controls are pretty close to other years, but they did add a chain wrestling mechanic in the beginning of matches, which is ok at best, but for the most part you just want to avoid it by changing settings or using weapons to avoid it.

The roster is my main concern, yes they have the current roster here and there, but half are locked at first, then the other spots are to filled with DLC later. So you already paid $60 for the game but you will still need to spend another $24 for season pass just to get all the wrestlers that should probably be in there to begin with. Total rip off, also if you didn’t pre order the game, there is no chance for Sting or Hulk Hogan in the game, well until they sell them to you later on. Could you imagine if Madden only gave you twelve teams and charged you for the rest?

Until they change their practice of not giving you the wrestlers you want and fix the bugs and add modes back into the game I suggest staying away from this game unless you can find it for $20 somewhere with all the dlc included.