My Experience with The PC Gaming Section at GameStop: Rukari Austin

The PC Gaming section at GameStop is a new initiative that aims to give gamers a chance to come in-store or online to build the PC of their dreams. Not only does the PC Gaming section at GameStop carry all the top brands in the computing world, including Razer, ASUS, Samsung, iBuyPower, Logitech, and more, but they also have pre-built machines and streaming setups that customers can try before they buy.

From the knowledgeable staff to a wide range of options at different price ranges to accessories that can take your streaming and/or gaming to the next level, the PC Gaming section by GameStop is meant to be a one-stop-shop for everything in the world of computers. To help further share the benefits of this new addition to GameStop, we spoke to GameStop Senior Community Manager Rukari Austin about his experience building a computer at the PC Gaming section at GameStop. 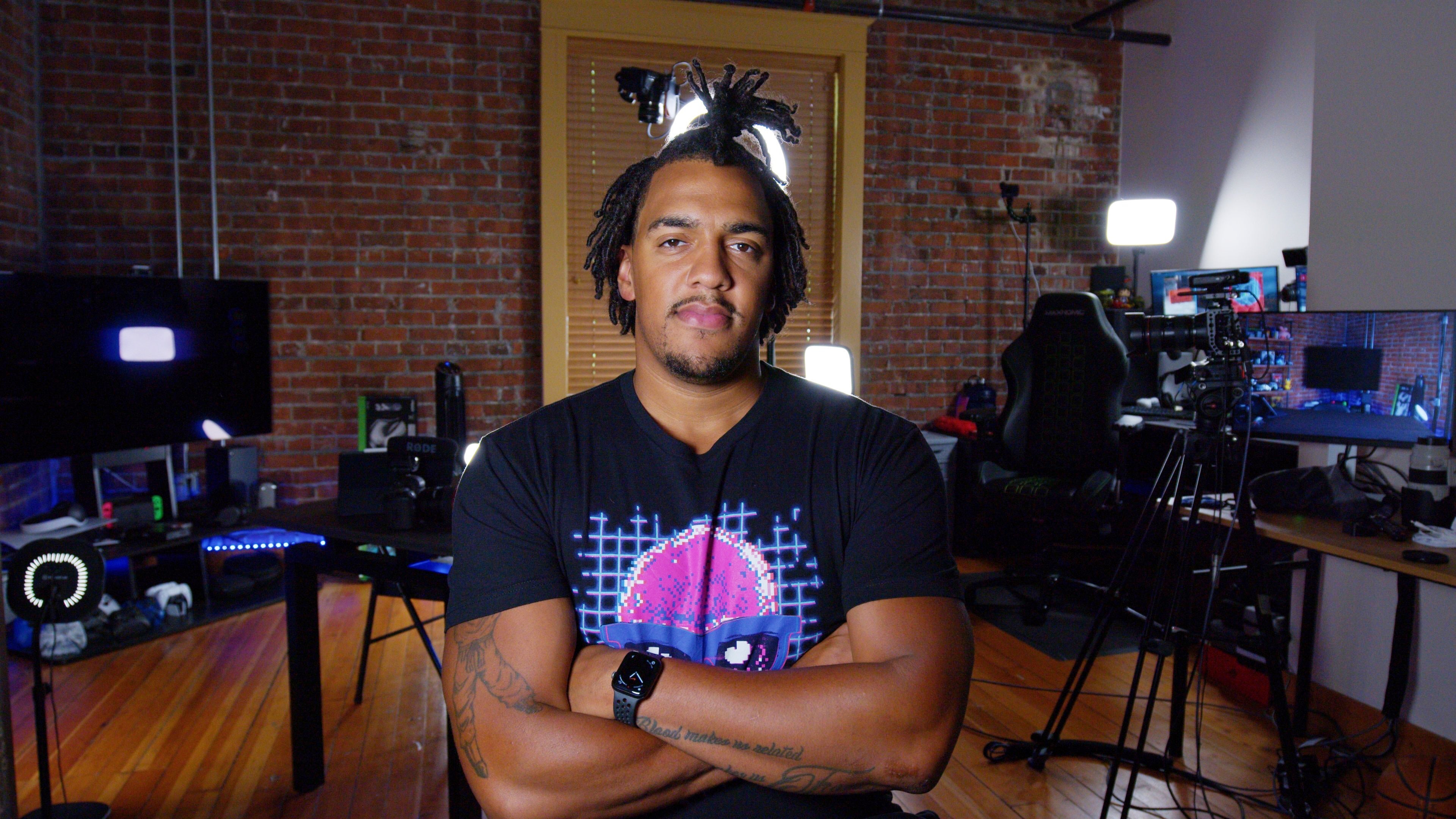 As of this writing, there are 11 GameStop locations with a PC Gaming section around the U.S. and there will be more by the end of the year and beyond. If you don’t live near one, Rukari helped describe the experience.

“I’m going to show my age,” Rukari said. “Do you remember McDonald's Playland? Where you got to go in and all the toys were right there in front of you? So you got to really touch and play with everything. And there was a ball pit. That's kind of what the PC Gaming section at GameStop is.

“I mean, it's definitely your one-stop-shop for everything that you would need to build a PC, with examples in front of you that are there for you to touch, check out, and interact with. It's not just looking at a box, it's looking at actual products and sitting in a chair at a streaming station or a gaming station and even being able to play on those machines to get a look at visual fidelity, frame rate, and everything.”

Rukari does a lot of content creation and hosting, and he wanted this build to help him grow as a creator and an educator. What made this build interesting was that he wanted a PC for an editor that would help Rukari get his videos into the world. He wanted something that was “top of the line” that wouldn’t need to be upgraded for some time. For him, this move was an investment for his future.

“So, for the past couple of builds that I've done I’ve gone in with the sort of mentality where I'm OK with front-loading my expenses now so as to not have to upgrade again for a number of years,” Rukari said. “I know, in the tech world, by the time you get something to market and you go in as a consumer and purchase it, it's out of date and the new ones are about to be announced.

“So my thought is, ‘Hey, there's an NVIDIA 3090 here, I'm sure there's going to be a NVIDIA 4000 series soon. I'm sure there's going to be an NVIDIA 3090 Ti, that's fine, I'm going to match this GPU with the highest-end CPU motherboard that I can find to help me out, so that way I don't have FOMO when the next series or two come out.’ So for me, it's all about front-loading expenses to not have to worry about it for years to come. That's me, that's my way of going about it.”

While Rukari is a bit of a seasoned pro when it comes to PC building, he understands the value of having a place to go to see the latest and greatest in computing tech. It also has another added benefit of showing you combinations or set-ups that you may have never thought of before.

“I think the PC Gaming section at GameStop did a good job of showing me possible combinations, things that I may not have thought about,” Rukari said. “When I went in, I remember seeing a particular Razer monitor set up with green wires coming out of the back that had a minimalistic sort of look, and it inspired me to improve my cable management game.

“You get to talk with somebody in PC Gaming that's just as versed in tech as you, about the experience, about the building experience, about what you should be looking out for so you can use it as education. And at the same time, should you need anything, the PC Gaming section at GameStop has them. For my first build, I remember I had to go to Newegg, Amazon, and Best Buy to get all the parts I needed.

“With the PC Gaming section at GameStop, I get what I need in-store and have it in front of me. If you can't tell, I'm all about instant gratification. So I'm not waiting on the shipping because I've definitely seen something for $999 and see a $2.99 shipping fee and then I don't buy it anymore.”

GameStop employees are known for their knowledge of video games and consoles, and now that knowledge expands further into the PC world. This makes the PC Gaming section at GameStop a great resource for those who may not know as much about gaming, as they can be reassured they are talking to experts in their field.

“The beautiful thing about working at GameStop is I know they're very big on education,” Rukari said. “So, with that said, as a new builder starting at ground zero, there's no better thing to do than to go somewhere where the parts actually are and talk to the staff and the people that are there that have to deal with them every day.”

For those that already have a great gaming computer and are looking to jump into the world of streaming or simply expand their set-up, the PC Gaming section at GameStop is worth a visit. From streaming kits to webcams to lights to chairs and everything in between, there is something for all levels of streamers.

As previously mentioned, if there isn’t a GameStop with a PC Gaming section near you, you can head over to gamestop.com/pc-gaming to check out everything GameStop has to offer online. That means, whether you are looking to go into a store or jump on your computer, you will be provided with mostly everything you need to build or purchase the computer of your dreams.